If you’ve read the Galaxy Cruise books, you can probably guess that Douglas Adams is one of my greatest literary inspirations. But Adams was a consummate procrastinator, who famously said…

A lot of writers invoke this quote when they miss a deadline, thinking it’s a cheeky way to say “Even our heroes struggle. Everything will be fine.”

I see it a different way.

In 1997 or 1998, I went to the desk at my local Books-A-Million and pre-ordered The Salmon of Doubt. I can’t remember now if it was, at that time, supposed to be a Dirk Gently book or a Hitchhiker’s Guide book. I didn’t care. I just wanted his next book, whatever it was.

Deadlines whooshed past. The release date came and went. In time, that Books-A-Million location went out of business. And in 2001, Douglas Adams died having never finished the book.

There are many ways in which I want to be just like Douglas Adams. This is not one of them.

So I don’t like the whooshing sound. I dread it. I fear it. And that, my friends, is why I have been hyperventilating into a paper bag for about the past month.

My creative process is, what’s the word I’m looking for… oh yeah, ABSOLUTELY TERRIBLE. I get an idea for a story and start outlining it. I fumble and fret and curse for about a month trying to make it work, but it will not. Then something finally clicks and it all fits together in two days.

The good news is, the book is going to be great. The bad news is, you’re going to have to wait for it. At this point, barring me getting my hands on some kind of Limitless drug, the release date of Galaxy Cruise: Trial by Leisure will almost certainly be pushed out to February. I’m sorry for the delay. Trust me, nobody is more disappointed about this than me.

But I promise I won’t die before it’s finished.

But there’s some good news!

I have the absolute perfect thing for you to fill the void while you wait for my stupid brain to finish the next Galaxy Cruise.

Lawrence M. Schoen’s  Conroyverse is a box set containing the first books of THREE different humorous sci-fi series. Lawrence is not only a masterful storyteller, but his prose is a joy to behold. I can’t recommend this book (these books!) enough. 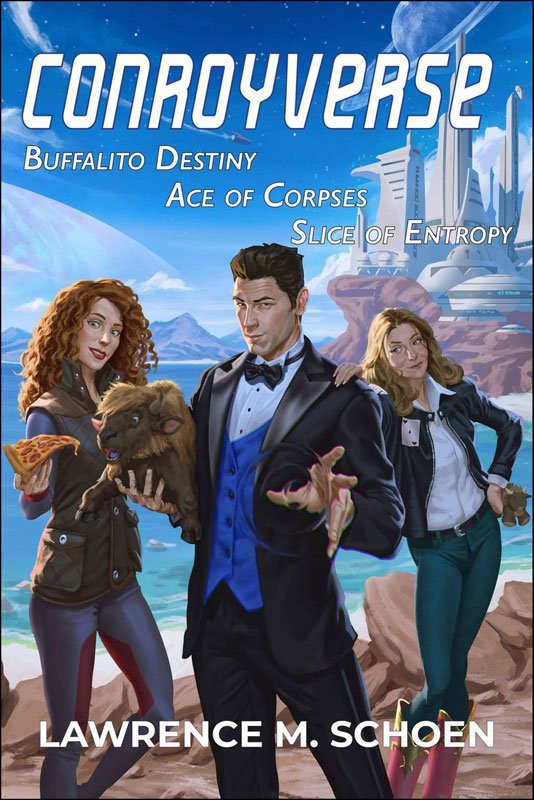 You can dive into the Conroyverse free in Kindle Unlimited right now. If you don’t have KU, it’ll be on sale for just 99 cents from November 21 through 27. Mark your calendar!

For fans of “Guardians of the Galaxy,” “Men In Black,” and “The Orville” 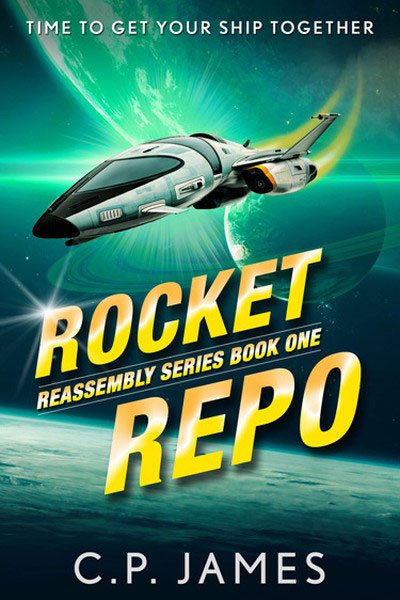 Years ago, ace pilot Geddy Starheart inhaled an alien spore named Eli who’s been living rent-free in his head ever since. Together, they built the only ship that can get Eli back home. But on the eve of their departure, it vanishes. Their quest to find it exposes a plan to destroy all intelligent life in the universe, which technically includes them.

Since triggering the industrial accident that forced the evacuation of Earth 2, Geddy’s only had Eli, a couple fingers of Old Earth whisky now and then, and the unintentionally sexy hologram at a mall kiosk. A last-ditch escape off-planet lands him aboard a creaky salvage trawler with a plucky crew and the galaxy’s worst business model.

With the help of Eli, his stalwart crew of fellow lost souls, and their trusty trawler, Geddy must traverse the cosmos in order to track down his ship and save the universe. Each thrilling, hilarious new adventure brings them closer to the truth but ever farther from decent food.

A thrilling sci-fi short with an “Aliens” feel 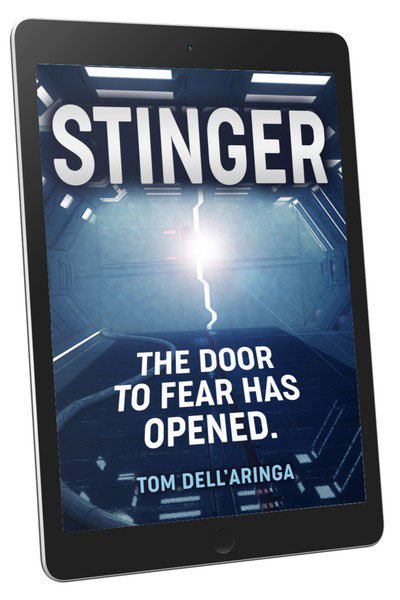 As his warship comes under attack by a devastating alien horror, a drug-addicted recruit stumbles upon a secret super soldier compound. In his hand is the one hope to save the ship. But to do it, he’ll have to face his crippling fear of the alien on the other side of the hatch.

Who is thankful for sci-fi? We are! Check out this collection of high-quality sci-fi books free on Kindle Unlimited.