I talk about LAIKA a lot. It’s because I talk about my spectacularly talented wife a lot, and she happens to work at LAIKA. But every time I mention the studio to someone who isn’t an animation nerd, the conversation is exactly the same. “Laika?” they say. “Yeah, I’ve heard of Laika. She was a Russian space dog.” “No,” I say. “Well, yes, but I’m talking about the animation studio.” “She died in space, you know. Overheated and cooked to death. Did you bring her up just to bum me out? Major party foul, dude.” “I’M NOT TALKING ABOUT THE SPACE DOG,” I say in END_OF_DOCUMENT_TOKEN_TO_BE_REPLACED 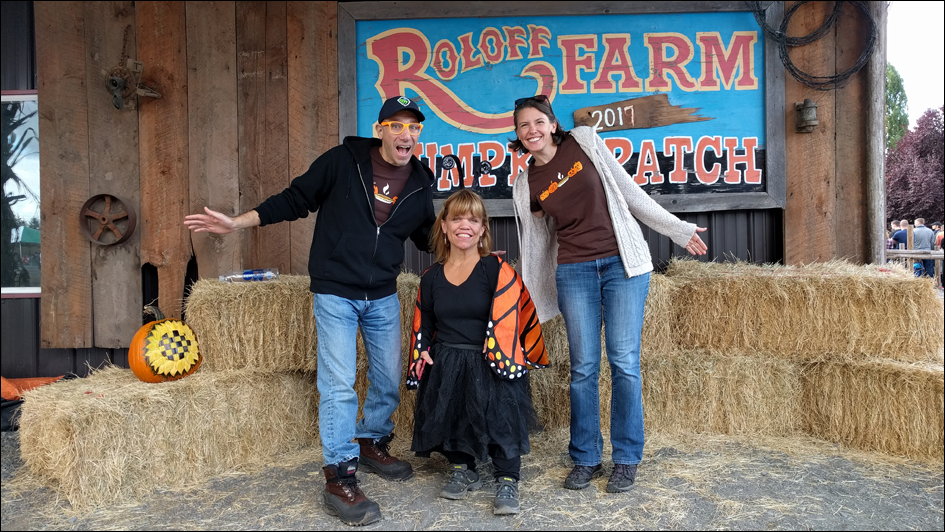 Last weekend, Roloff Farms officially kicked off their 2017 Pumpkin Season. You may know the Roloff family from their hit TLC show, Little People, Big World. That is to say, you may know them from their hit TLC show, but I don’t. I’ve never seen the show and didn’t know anything about it, so I consulted an expert in the field of reality television: my mother. If it’s on TV and it has people cooking something, battling for a soulmate, or just yelling a lot, my mother has it on her DVR. So before I ventured to Roloff Farms, I called Mom to ask what END_OF_DOCUMENT_TOKEN_TO_BE_REPLACED