The holidays have gone wrong…

Back when I lived in London, I saw their first show, The Play That Goes Wrong, wherein a troupe of actors put on a play that… wait for it… goes wrong. Horribly, catastrophically, gut-bustingly wrong.

Their follow-up Christmas show, Peter Pan Goes Wrong was, no question, the funniest live performance I’ve ever seen. By the end of it the whole thing is basically a live-action Road-Runner cartoon happening on top of a live-action Tom and Jerry cartoon. I was amazed the actors not only had the stamina to get through the performance, but also the precision to do it night after night without inflicting serious bodily injury.

Unfortunately, the show closed in 2016.

Fortunately in that same year the BBC adapted it into an hour-long TV special.

Unfortunately, it looks like the only way you can now watch it now is by buying some kind of Broadway upgrade to your Amazon Video account.

Fortunately, some Norwegian rando uploaded the whole thing to YouTube.

If you watch that YouTube version (you should) and enjoy it (you will), but feel bad about watching a bootleg (you might), I have a conscience workaround!

Mischief Theater produced a TV show called The Goes Wrong Show with all of the same actors and antics in a bunch of different genres. Every episode is solid gold comedy, and you can get the whole first season for just ten bucks. The episode called “90 degrees” is worth that price all by itself.

There’s even a Christmas episode! Here’s a preview clip to get you in the holiday spirit. 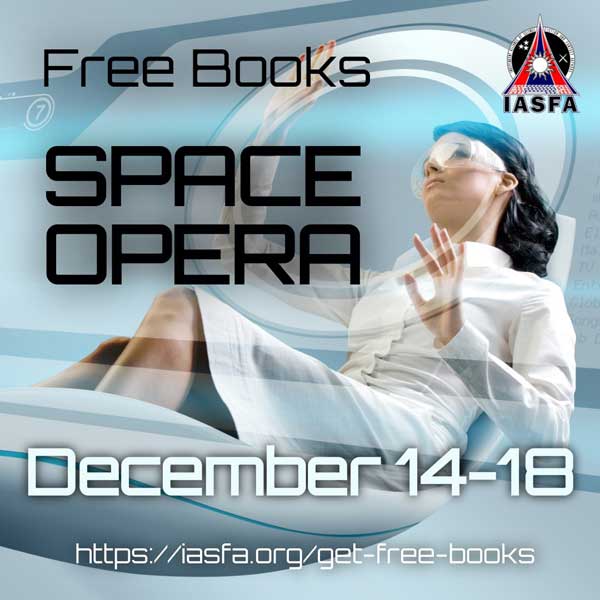 Do you want to get twenty full-length space-opera novels for FREE?

My pals at the International Association of Science-Fiction and Fantasy Authors are running a big ol’ giveaway of space adventure tales. All you have to do to get ’em is join their mailing list. Once you do, you’ll get free sci-fi and fantasy book bundles like this every month!

This month’s collection is available only from December 14 to 18, and includes full novels by our friends Craig A. Price, A.K. DuBoff, Lawrence M. Schoen, Julia Huni, Rachel Ford, A.M. Scott, and many others!

For mature audiences only! 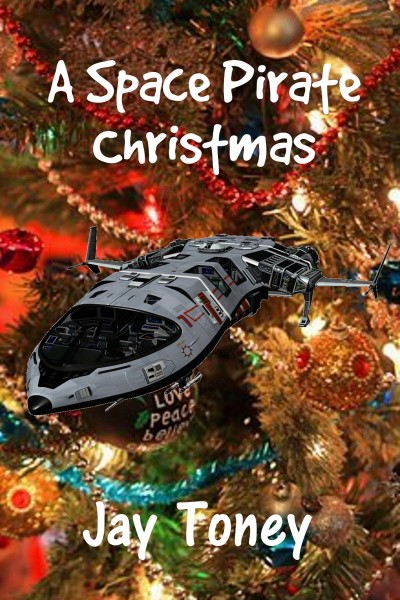 A Space Pirate Christmas, is a mashup sci-fi thriller with space pirate action blended with a Christmas story. Elaunae, learns of the Earth custom, and wants to celebrate it with Nathaniel. She wants his first Christmas to be special. Doc Roberts, her husband, agrees. He loves her, and will do anything for her, even celebrating a foolish holiday.

For it to be a success, he needs a tree, a fireplace with a chimney for Santa to climb down, presents, and a Christmas miracle. He has always wanted a toy Marauder that flies, shoots missiles, and fires lasers. Christmas is an excuse to get one—for Nathaniel, of course. Elaunae warns him, that with such a toy, he will shoot someone’s eye out.

Join the Roberts family, and maybe, just maybe, witness a Christmas miracle.
Check it out!

Are you in Wisconsin? 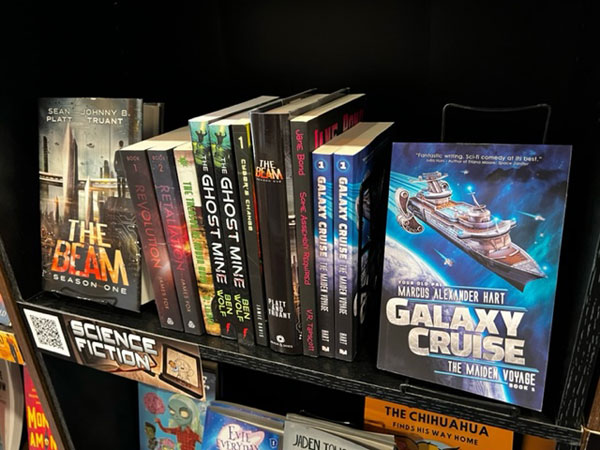 If so, you can grab your own signed paperback of Galaxy Cruise: The Maiden Voyage at my favorite indie bookstore in Kenosha: Studio Moonfall!

And if you’re not in Wisconsin, you should still click on over to check out the super cool virtual reality version of the store on their website. I’ve never been there, but I feel like I have!

When a signature has the power to start a galactic war….

by Edita A. Petrick 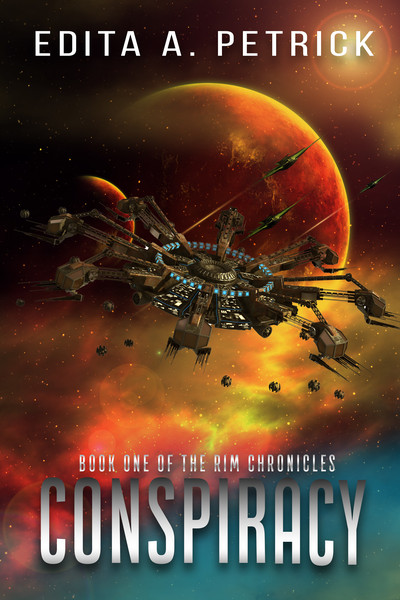 Parv Zarinth learned early in life that if he wanted to defy his father, he’d have to do it from somewhere half-way across the galaxy. He does his best on Hettamir to represent his father’s interests. He steers away from any conflict that may threaten the family business which translates into galactic empire.

Hettamir is a world with no other than hospitality industry. It’s a pleasure to do business on Hettamir, in every sense of the word. And Parv has been mixing business with pleasure for five years now, flying under the radar of his tyrannical father. The business is to expand his father’s business empire. The pleasure has a name: Arun Dyem. She is as beautiful as she is crafty, having risen from the ranks of sex industry to lead her people in a ‘velvet’ revolt.

As the champion of her people’s rights and freedom, she is relentless in lobbying the Galactic Confederation for a treaty that will bring Hettamir protection. It is the last thing the warlords of New Hebrides want.

Parv watches the preparations for the grand event, even as he tries to shake off the feeling that something…or everything is going to go wrong. He finally has what he’s always wanted—a woman he loves and means to keep. She is his whole life, his destiny. And he will fight to his last breath to hold on to his future….
Get it free!

This bundle is all about the funny. Check it out for some of my favorite comedy books, and some new titles to giggle through. All free if you’ve got Kindle Unlimited!
Get the lolz!

That’s right! Just in time for Christmas, you can get Galaxy Cruise: The Maiden Voyage totally free! All you have to do is…

I hope you and yours have the happiest holiday season, and I’ll be back with more fun and excitement in 2022. And if you’re really good, maybe I’ll actually finish that new Galaxy Cruise book that an intimidatingly large number of you have already pre-ordered…