Games to make you go crazy

Welcome to 2022! I hope you were able to spend the holidays having fun with your loved ones. I spent the Christmas break with my wife and her family, playing games that made everyone mad at me.

Okay, have you ever played that game Heads Up? It was invented by the Ellen DeGeneres show about ten years ago. It’s a free app for Android and iPhone, and it looks like there’s even a Zoom version now.

You play by putting the phone to your forehead so your friends can see the screen, but you cannot. Then a word displays, and they shout clues until you guess what it is. You get a point for every one you guess in a minute. 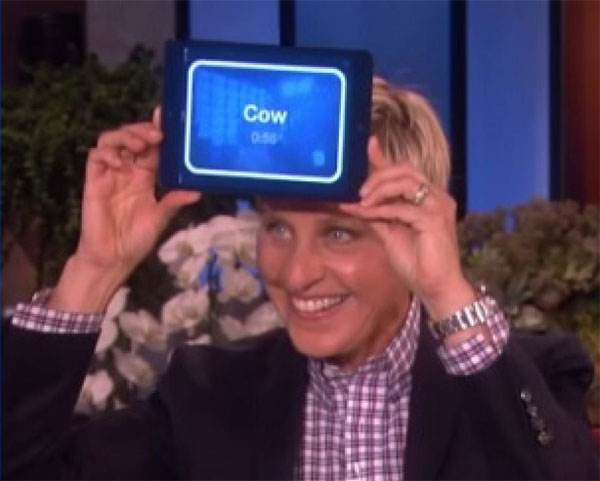 The game seems easy enough. But apparently my mind is an obtuse fun-house of tangents and nonsense that other people can’t navigate.

Here’s how a typical round went. My father-in-law put the phone to his head, and I started shouting clues…

He just stared blankly at me. Amanda rolled her eyes and said, “It’s a bird of prey that’s not an eagle or hawk.”

And he immediately said, “Falcon!”

The next word came up. I was like, “It’s Pauly Shore’s nickname! They were the bad guys in Who Framed Roger Rabbit! It’s almost Harry Potter’s best friend’s last name!”

Amanda was like, “There’s a nursery rhyme named ‘Pop goes the…'”

And he shouted, “Weasel!”

Around this point, I was accused of intentionally giving terrible clues so that I would win. I assured them I was just saying the first thing that popped into my head. Which was true. But it quickly became obvious that the first thing to pop into my head was around the eighty-fifth thing to pop into anyone else’s. So in an effort to keep everyone happy and prevent holiday bloodshed, we switched to a different game.

Have you ever played Taboo? It was originally a physical card game, but now you can play it free through any web browser.  This game is similar, in that you have to give clues in order to get your teammate to say a word. But in this one, there’s a list of five things you are not allowed to say.

For example, the word might be “toad,” and you are not allowed to say princess, frog, green, tadpole, or jump.

In the first rounds, everybody else was like, “Okay, it’s a sticky thing you put with nut… smashings to make a sandwi… oh dang it! I can’t say sandwich. It was ‘jelly’.”

“De Beers says this is forever!”

“What the seven dwarves do while they work!”

“If you like it then you shoulda put a this on it.”

Not only could I blurt out clues at a ludicrous pace, but I didn’t even bother looking at the forbidden words. What’s the point? When trying to get someone to say “rose” why would you say flower, red, love, romantic, or stem when you could say “It’s the Golden Girl played by Betty White”? (Rest her glorious soul.)

Suddenly I went from being the black sheep to being the wunderkind of clues. I felt like Rudolph the Red Nosed Reindeer—the misfit nobody wanted to play in their reindeer games until my unique defect became an asset. And Christmas was saved.

If you want to try your luck at these two super-fun games, they’re both free. The Heads Up app has a few starter decks included, with the option to buy more. The Taboo site is just straight-up free. Check ’em out!

Dragonia: Rise of the Wyverns

by Craig A. Price Jr. 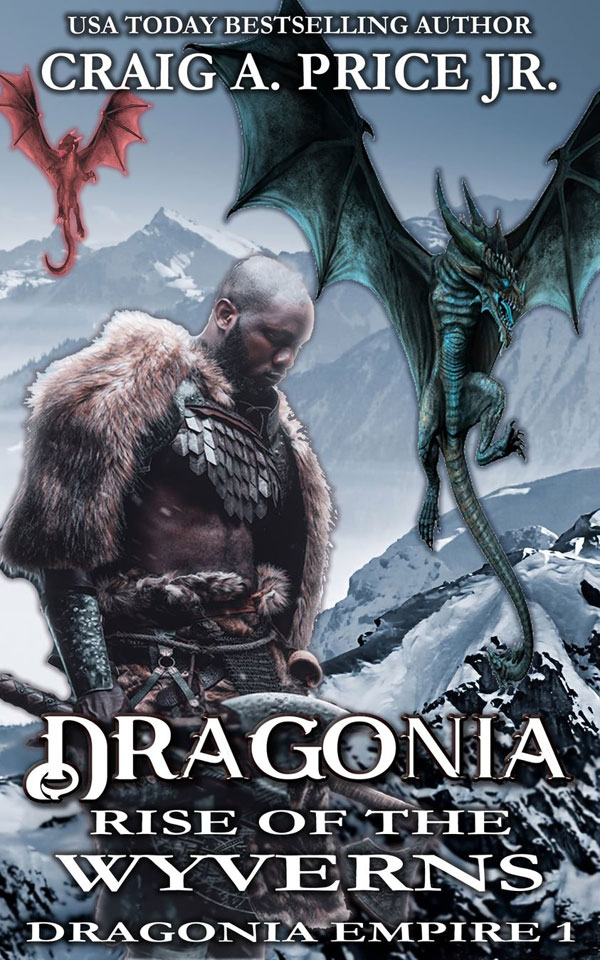 Only the courageous will overcome.

Devarius isn’t a hero, he’s just a man who wanted to live his life. When the Empire slaughtered his family and razed his village to the ground…

With no home to return to, and only burning rage to keep him going, he searches out the rumored resistance.

However, not even the Empire has found them, what does one man have?

If he doesn’t, far more than his revenge is on the line, the whole world will burn under the heel of the Empire’s tyranny.

Pick up your sword, saddle your dragon, and get Dragonia: Rise of the Wyverns now to fight for the resistance!

If you love Eragon, Dragonriders of Pern, Dragon Blood, Dragonvein, and Wings of Fire, you’ll love this adventure because… DRAGONS! 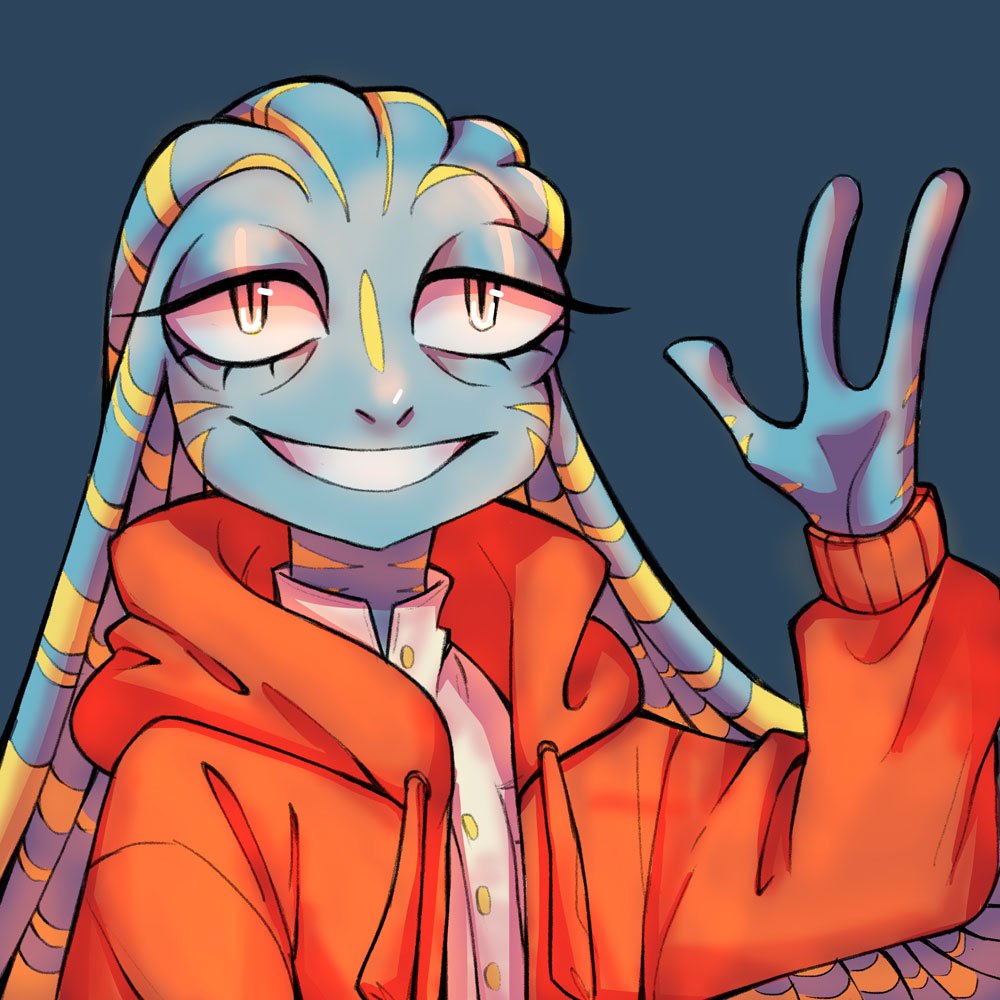 This unflappable teen lizard was the youngest pilot to ever serve in the elite Geiko Prime Supernova Strikeforce. That is, until she was kicked out for landing behind enemy lines to pick up a bag of tacos. An ace pilot who remains chill in the face of any danger, you’ll usually find Swooch slouched at the helm of the cruise starship WTF Americano Grande, munching on crispy cricket donuts.

Have you done any Galaxy Cruise fan art? I’d love to share it. Email me at info AT oldpalmarcus DOT com!
Check out Galaxy Cruise

New Worlds in the New Year

Check out this big bunch of space exploration stories, all free in Kindle Unlimited.
Blast off!

Unlimited Tales – Space is the Limit!

Okay, confusingly named promo. Are these tales unlimited or are they limited by space? Either way, they are definitely free in Kindle Unlimited. And now I’ve said limit too many times…

Everybody to the limit!

I hope you enjoy playing those two shout-out-words-like-a-maniac games. If you play a few rounds of Heads Up and/or Taboo, I’d like to…