Thank you so much for all of your support during the release of Galaxy Cruise 3: Trial by Leisure! I hope you’re all digging the new adventure!

During our epic launch sale, we gave away close to 2,000 copies of book one. To all of you new folks, welcome aboard! There’s lots of fun ahead.

Speaking of which, as some of you have probably noticed…

Galaxy Cruise 4 is on presale! 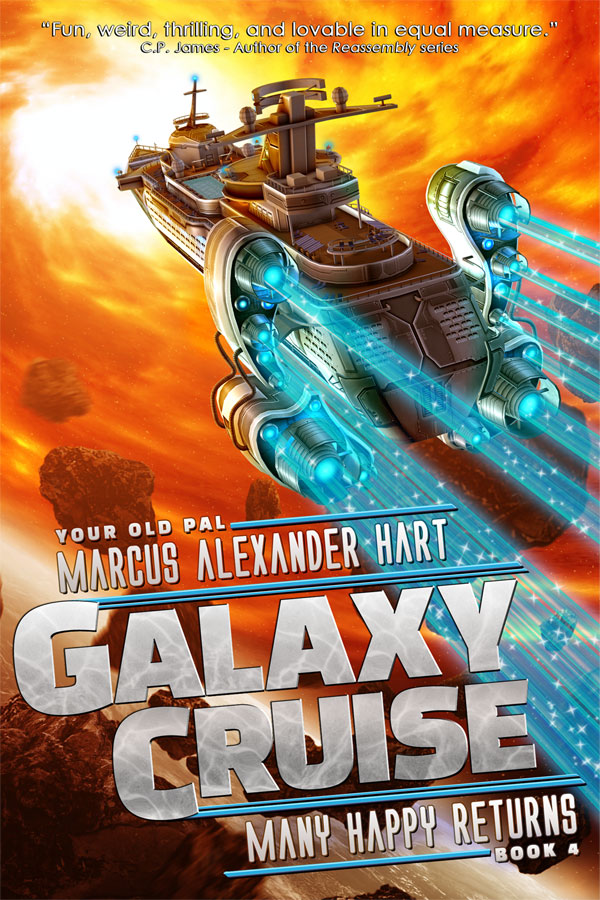 I’m already hard at work on this one. The main story is pretty much set, but there’s still a lot of leeway in the details and subplots.

As this is planned to be the last book in the Galaxy Cruise saga, I have to ask…

As a fan, what do you need to see in this book?

Is there a character or relationship you want to see more deeply developed? A part of the Americano Grande you want to see explored? Something I set up and apparently forgot to pay off?

This is your chance to exhibit a godlike influence of the Galaxy Cruise universe! Just email me and make your requests. I’ll see if I can make ’em work! 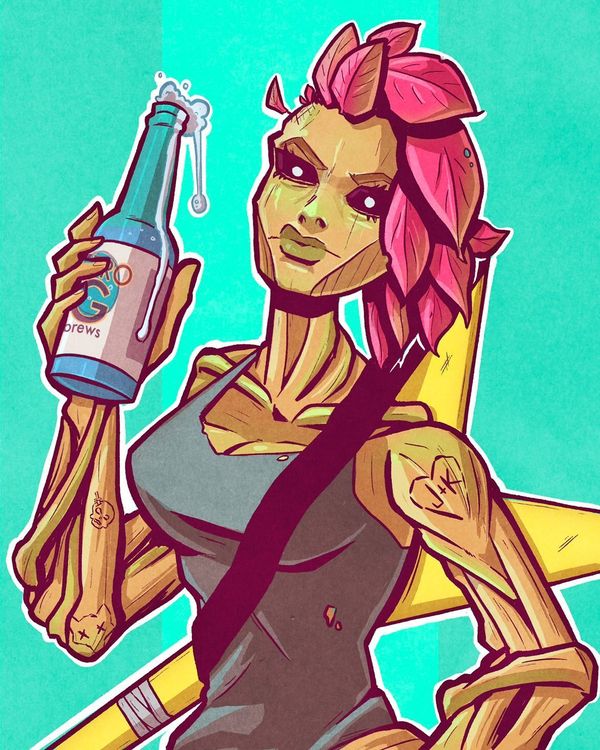 Jassi is a spaceport gearhead who loves hard rock, blue beer, and hot ladies. When her garbagepunk band Murderblossom is hired to perform on the WTF Americano Grande, the gig leads to an unexpected romance and an even more unexpected career change.

Thank you so much to Jason for this incredible artwork. He is absolutely one of my favorite artists on Instagram. If you like pin-up drawings of cute, punk-style girls, you need to follow him at hauntedfoxes.

He is currently doing a “MerMay” mermaid series that is blowing my mind. Click on over and take a look! 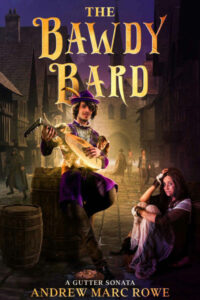 The Bawdy Bard: A Gutter Sonata

Who’s got two thumbs, a lute, and magical powers?

This guy. The decidedly anonymous bawdy bard is a man who seems to have it all: more ale and wenches than a hedonistic degenerate knows what to do with. All is well in his world – at least when he rolls into Io’s Breath, a frozen city on the edge of the kingdom of his birth.

When a commission for a fancy new lute leads the bawdy bard into a meeting with the Duke of Io’s Breath, the bard’s silver tongue and carefree attitude gets him selected for the job of a lifetime. In the shadow of an impending war, the foul-mouthed musician must decide whether the lure of position and riches is worth dredging up his past.

As the memories – and identity – of a life he left behind come rushing back, the bard treks across the land to meet his destiny. Is his musical magic strong enough to put diplomatic end to a war before it’s even begun? And what of the battle that rages within? Can our man in fancy tights deal with demons of days gone by with a song and a dance?

Hold on to your floppy feathered hats.
Check it out 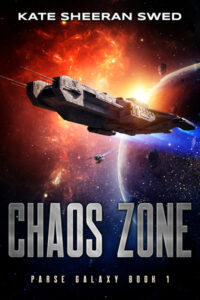 Space travel is so overrated.

Bounty hunting isn’t any better, but it’s what Sloane Tarnish needs to do if she wants to fix the rundown spaceship her uncle dumped on her. So she can find him and dump it right back.

Problem A: Her uncle also ditched his motley crew–made up of a cranky ace pilot and an extraneous mad scientist–and they don’t exactly see her as the captain.

Problem B: Her ship’s too broken to leave the most dangerous system in the galaxy, where a recent power vacuum is turning the place into one orbiting cluster of fugitives, thugs, and swindlers.

When Sloane sets her sights on a bounty with a reward that will solve all her problems, the Commander of the Galactic Fleet himself shows up in pursuit of the same man. The last thing Sloane needs is to get tangled in a web of galactic politics–but she won’t let her prize go, either. The payoff is just too big to give up.

But as dangers close in on all sides, she can’t help wondering if she’ll live to claim her prize…

Chaos Zone is the first installment in a new space opera series full of reckless women, messy worlds, and big adventures–perfect for fans of Guardians of the Galaxy and the Mandalorian.
Check it out

Fantasy and sci-fi books from clean to steamy, including a few big box sets.
Check ’em out