This is part two of my totally scientific exploration of Pam Grout’s self-help bestseller, E-Squared: Nine Do-It-Yourself Energy Experiments That Prove Your Thoughts Create Your Reality

The book claims to offer experimental proof of an invisible energy field humans can access to enhance the quality of their daily lives. I’m going to do every experiment and report my findings. 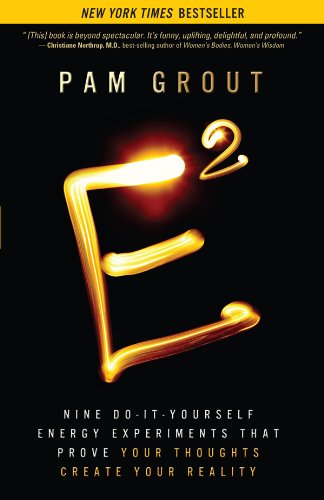 This week we investigate what Grout calls “The Volkswagen Jetta Principle.” She asserts the things we see in our lives are a reflection of what we believe in our minds. Or to put it another way, you rarely notice VW Jettas, despite them being a very common car. But soon as you focus on seeing Jettas, you suddenly realize you’re sitting in traffic surrounded by six dozen of them.

I accept this as true, regardless of whether the Energy exists or not. Psychologists call this confirmation bias, defined by Wikipedia as “the tendency to search for, interpret, favor, and recall information in a way that confirms one’s preexisting beliefs or hypotheses.”

I mentioned confirmation bias last week, while researching “The Dude Abides Principle.” In that experiment I was to ask the Energy for a nonspecific “gift,” and then keep an eye out for whatever gift may appear. In other words, I was to search out, interpret, and favor the idea of a “gift” that confirms my preexisting belief or hypothesis the Energy would give me one, and it would.

It’s crazy that experiment two, with the central tenet that people see whatever they choose to see, effectively debunks any “proof” provided by experiment one.

Regardless, I still want to believe. So let the second experiment begin.

The Experiment Actually Has Nothing To Do With Jettas

This week’s exercise is a two-parter, one part for each of two consecutive days.

On the first day, I was to look for a specific color of car. As Grout puts it…

…you’re going to begin with something simple—green cars. Or if you insist, pick another color. Sunset beige, for example. For the first 24 hours of the experiment, you’re going to make the following conscious intention. “I hereby intend, for the next day of my life, to look for [okay, you win] sunset-beige vehicles.”

I have no idea why Grout had this fake argument with me about car colors. If she had just gone with “green cars” she would have already been winning. Every time I step into my garage I see the greenest car in the world. But no. At my apparent insistence, she decided to make this experiment about “sunset beige” cars.

What even is “sunset beige”?

I spent the next twenty-four hours doing a Pantone Matching System evaluation of every vehicle I looked at.

I nearly rear-ended a car in front of me because I was too busy looking for “sunset beige” vehicles among the “manila folder umber” and “tapioca dishwater” and “flaxen ennui.”

By the end of day one, I came to two conclusions:

The Butterfly Effect (on the Pineapple Express)

I continued to part two of the experiment.

Now we’re getting very specific, and at the same time, vague. Am I supposed to be looking for both? Or either? I made the explicit decision to only look for yellow butterflies. I made this decision by completely forgetting the part about purple feathers during the 24-hours I was looking for sunset-beige cars.

My first errand of day two was at the post office, where I saw a woman wearing a pink shirt with a pattern of bright yellow shapes.

“Ah ha!” I thought. “Yellow butterflies! I found them already! I’ve become one with the Energy of the Universe!”

Upon closer inspection, I realized the print was actually not yellow butterflies, but yellow pineapples.

Undeterred, I kept a vigilant eye out for yellow butterflies. Later in the afternoon I saw this Instagram post by my friend, Brandy.

It was the second time in the same day I saw yellow pineapples on a pink background. I still hadn’t seen any yellow butterflies.

At this point I started to wonder if the parameters of the experiment were wrong. Maybe my connection to the Energy isn’t optimized for butterflies. Maybe I’m hardwired for citrus. I decided to run with it and start looking for pineapples instead.

Six hours later I was frantically pacing the aisles at Target.

AMANDA
What are you looking for?

ME
It doesn’t matter! Pineapple! I have an hour to find one!

AMANDA
But… why are you looking for a pineapple?

ME
BECAUSE I CAN’T FIND BUTTERFLIES!

I never did find a third pineapple. Or a yellow butterfly. Or a purple feather, for that matter.

At this point I can’t tell if the Energy doesn’t exist, or if I’m just so neurotic it doesn’t want anything to do with me.

I also failed to prove the existence of confirmation bias, which actual scientific experimentation shows is real.

Maybe I’ll have better luck next week when I explore Experiment 3: The Alby Einstein Principle.

Last night (after writing this blog post and a full 24 hours after the end of the experiment), Amanda and I went to see ZooLights at the Oregon Zoo.

Where I ran into this.

Had I seen this 24 hours earlier it would have been a legit “Holy moly this stuff works” moment. But I saw this GIGANTIC LIGHT UP YELLOW BUTTERFLY after the experiment was over. And it wasn’t alone. There were several animated yellow light butterflies that my fumbling-old-man-with-a-cellphone photography skills weren’t keen enough to capture.

What is the statute of limitations on this exercise?

Surely I can’t just count any yellow butterfly I see for the rest of my life, but these appeared immediately after I finished writing this blog about yellow butterflies, and had therefore been actively thinking about them for a few hours instead of going out and hunting for them like an IRL Where’s Waldo puzzle.

Is this my proof of the Energy, or my proof that confirmation bias has showed me a “sign” that I wanted to see?

There’s only one way to find out: MOAR EXPERIMENTS!