I have exciting news! Last week I finished the first draft of Galaxy Cruise: Many Happy Returns! And with that done, I’m now able to confidently set a release date of September 22, 2022.

I haven’t written an official blurb yet, but I can say this: Groundhog Day meets Everything Everywhere All At Once in the madcap, time-looping, multiverse-hopping conclusion to the Galaxy Cruise saga!

Fair warning: Upon launch the price will go up a dollar (or unit of your local currency), so if you want to lock in that sweet presale price, jump on it now. 🙂 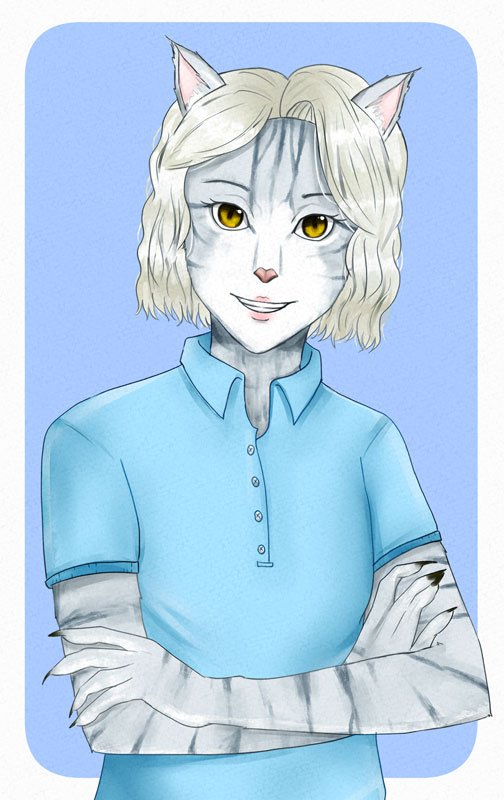 Check out this adorable interpretation of feline hospitality chief Kellybean, by ellrucchi! I love how easy it is to imagine this is the official photo you see in the Waylade Tour Fleet’s “Meet the Crew” brochure. Thank you for sharing your talent with us, Ellen!

You may remember a few newsletters ago when I shared an outtake from book one as a Galaxy Cruise “What if” story. But that wasn’t the only big change between the first draft and what ultimately got published.

In the original version of Galaxy Cruise: The Maiden Voyage, things worked out very differently for Kellybean. Today, I’m sharing another “What if” story, salvaged from the cutting room floor.

I should note, this excerpt contains my favorite joke ever cut from the Galaxy Cruise series. When you read it, you will either laugh, scratch your head, or want to punch me in the face. Maybe more than one.

Here are some more cool sci-fi and fantasy books you may be interested in. 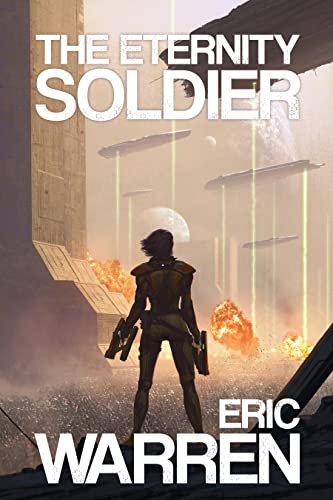 The war began six hundred years after she died…and five years before she came back.

In the far-flung future, an unknown alien species appears, determined to wipe out humanity. The Solar Union, in making a last-ditch effort to save billions of lives on dozens of different planets, retrieves the soldiers they need from those who’ve died over the past six hundred years.

Lilah is no soldier. In fact, she hates the concept of war. But it’s either fight, or go back into storage and never wake up again. She and her fellow conscripts from the past five centuries are the last line of defense against a species they don’t understand. And if they fail, humanity won’t have a future to defend.

THE ETERNITY SOLDIER is a fast-paced, humorous Space Marine adventure, in the tradition of Old Man’s War and Starship Troopers. Grab yours today!
Check it out 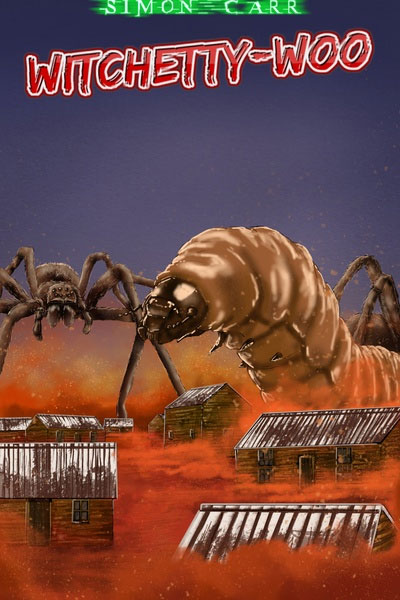 A monster movie send up disguised as a book!

Bruce thinks he is helping mankind and playing his part in saving the planet when he develops his serum for speeding up the development of lab-grown cultured meat.

What Bruce has actually done is send us to the bottom of the food chain; well not all the way to the bottom. we are still above Ducks. Nobody gets eaten by a Duck.
Check it out 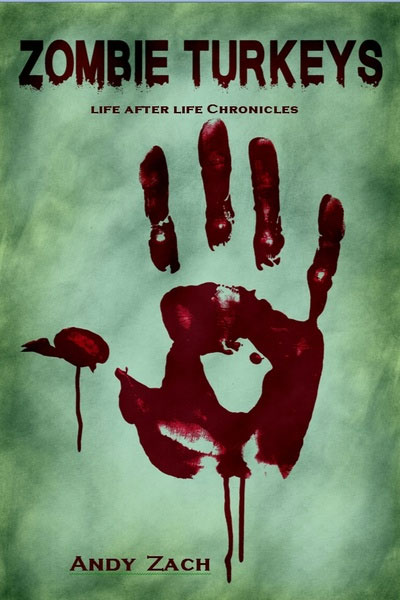 Sam Melvin, an underachieving e-reporter from a small town, changes forever when he meets turkeys that won’t stay dead. You can shoot ’em, chop ’em, burn ’em—they come back stronger. The undead plague of poultry spreads uncontrollably, rocking the whole country. As Sam tracks down the zombie turkeys and how to eradicate them, his editor, Lisa Kambacher, nags him to turn his stories and expenses in on time. During their years of working together, Lisa has mellowed into an irascible pinchpenny.

Lisa snipes at Sam for plebeian writing but uses her intelligence to pursue the lucrative carnivorous turkey story. Sam and Lisa ricochet across the landscape, tracking turkeys and fleeing the bloodthirsty hordes. Careening from shell-shocked grocery store owners fighting turkeys crawling out of refrigerators, to machine-gunning turkey farmers, to secret militia, Sam and Lisa doggedly report. Throughout the turkey apocalypse, they dare ravaged cities, plow knee-deep in gore and corpses, and upload streams of zombie turkey video news to the world.

With paranoid militias clashing with the federal government and unkillable turkeys, Sam and Lisa doubt their ability to survive. Sam and Lisa have no superpowers. If you have a heart condition or lack humor, you should not read Zombie Turkeys, no matter how much you want to find out what happens.
Get it free