The Leaning Tower of Pisa and Life

One of the first sites we visited during our European exile was the Leaning Tower of Pisa. While I was there I learned an important lesson: It’s okay to screw up. If you go big enough, you might even make a tourist attraction. 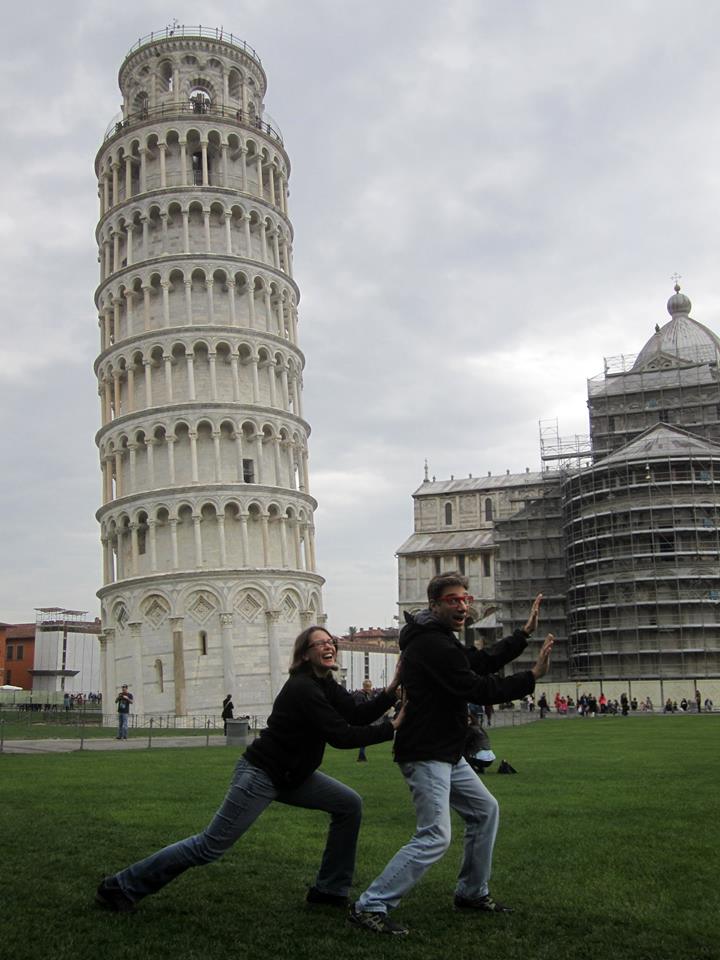 Over the weekend I learned a lot about the Leaning Tower of Pisa, and about life.

Construction on the tower began in 1173, but by the time they got to the third level it was already sinking into the soft ground and tilting to one side. The original architect is unknown, because by this point the dude realized he had screwed the pooch and abandoned the project. Historical records suggest he backed away, whistling casually, then turned and ran, never to be seen again.

Pisa didn’t want this. They didn’t order a leaning tower. They just wanted a normal bell tower for their cathedral. But they hired some dumbass who tried to plant a tower that weighs roughly the same as the Brooklyn Bridge on unstable soil. Dude, why so heavy? What were you thinking? This thing was meant to hold up seven bells, not carry 120,000 cars across the East River every day. It was a conceptual disaster before the first stone was even laid.

Jump forward to 1990. After about 700 years of giving gravity a southeast-leaning middle finger, the tower was in danger of actually toppling over. At this point an international team of superbrains was brought in to finally fix the problem of the leaning tower once and for all. And after trying a few things (some of which actually made the lean worse), they finally were successful in bringing the angle from 5.5 degrees back to 3.99 degrees. Which, on the Leaning Tower scale of quality, is considered “fixed.” And so it remains to this day, to the delight of millions of tourists each year.

And that, my friends, is the life lesson that the Leaning Tower of Pisa taught me.

If the original architectural Alan Smithee had actually done his job correctly, Pisa would not be a tourist destination today. Sure, all of the local travel websites will desperately try to convince you that Pisa is a vibrant city full of art and culture, but nobody gives a rat’s ass. We just want to marvel at the majestic lean of the Piazza dei Miracoli’s giant marble dong. We’re not coming to pay homage to design and craftsmanship, we’re coming to celebrate failure. I mean, there’s a perfectly good cathedral and baptistery a hundred feet away, but how many people are taking pictures of themselves pretending to hold them up? Zero.

The moral is, sometimes we all need to step back and remember that our greatest failures may in themselves be achievements. When you get frustrated that you’ve screwed up your screenplay-in-progress, or your guest-room renovation, or your attempts at raising a child, just step back and say, “You know what? Screw it. I’m just going to walk away, and in 2114, somebody will pick up the pieces of this mess and half-ass the rest of the job. And then, by about 2800, it will be a UNESCO World Heritage Site beloved by millions!”

So today, embrace the spirit of Pisa and royally screw something up. Just don’t forget to take credit so history knows who to thank.

2017-05-21
Previous Post: One Dumb Move Can Blow Your Groove
Next Post: The 2017 Great American Eclipse broke my brain